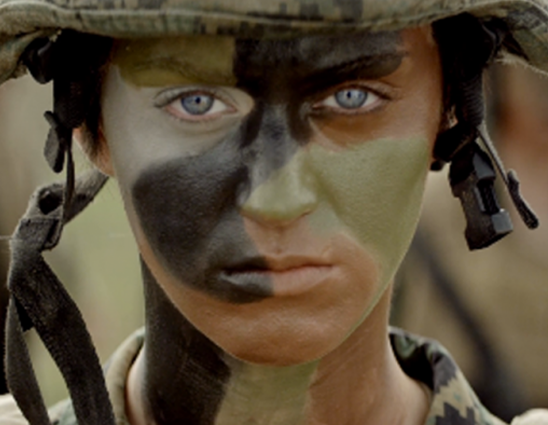 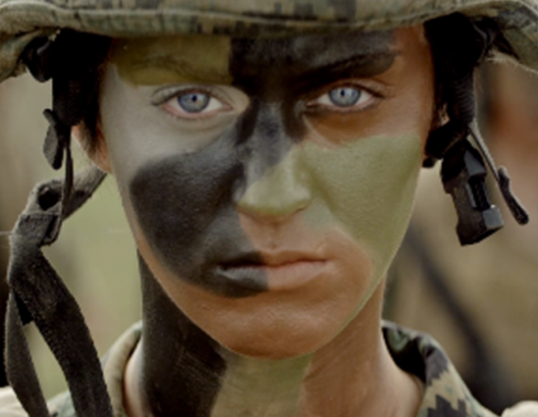 Some years back I was at the old SAS barracks on the outskirts of Hereford collecting some kit for a friend.  I was chatting to an NCO I vaguely knew when a female soldier walked by.  There was nothing unusual about that: although there were fewer women in the army back then, they were reasonably ubiquitous, primarily in support roles as clerks, administrators, chefs and so forth.

This one was different however, because she was wearing the insignia of a ‘badged’ SAS soldier.  That is to say, a soldier who was a full-on member of the SAS rather than being attached support personnel.  I asked the NCO I was talking to who she was and he explained that she was a member of what used to be called ’14 Intelligence Company’, the undercover unit which was trained and operated under the auspices of the SAS in Northern Ireland.  She had served several operational tours in the unit and had been appointed to its ‘permanent cadre’ and thus had effectively become a member of the SAS. Fair enough: you don’t get much more ‘front-line’ than serving in Special Forces.

So it strikes me as a little strange that we are still discussing and ‘reviewing’ whether women can serve in front line combat roles as infantry soldiers or members of armoured vehicle crews.  The reality is they’ve been in the front line with the British Army for years and, in the kinds of conflicts we’ve been involved in recently, the concept of the front line has in any case become somewhat blurred.

The fact is that we’ve been through this before.  It was going to be the end of the world when we allowed black and minority ethnic recruits to join traditionally ‘white’ regiments; soldiers would be so horrified at having to serve alongside gay men and lesbians that morale would collapse and discipline disintegrate.  None of these things transpired.  Personally I can see no good reason why women who are physically able to act as infantry soldiers or tank crews shouldn’t do so.

Over the years, several – trivial and obtuse, in my view – objections to women serving in close combat roles have surfaced.  These are:

Women aren’t physically strong enough.  It is perfectly true that many women will not be strong enough to serve as infantrymen.  Way back in the day when I was an infantry platoon commander, in rural South Armagh, we routinely carried weapons and equipment weighing 40 or 50 kg for patrols and operations lasting several days.  It was hard work for fit, 6’2″, thirteen stone me; many women would not be able to do it.  But the fact is that some would and if they can, and there is no lowering of standards, there is no physical reason not to let them.  In truth, many men are not up to serving as infantry soldiers either.

Male soldiers would instinctively want to protect female colleagues rather than winning the firefight.  I think this relates to the physical strength argument.  Male soldiers will supposedly protect their ‘weaker’ female counterparts but if their female colleagues aren’t actually weaker, I doubt this is very likely.  As it happens, soldiers within an infantry fire team are surprisingly caring and protective of each other because they live, train and fight closely together but trained soldiers also understand that often the most sensible thing is to get on with the task at hand: if you’re clearing an enemy position with bayonets and grenades, you can’t necessarily down tools when one of your comrades is wounded – you need to finish the job.  We train our soldiers to fight and that often means suppressing ‘instinctive’ behaviour, why wouldn’t they be able to override any urge to protect female colleagues?

It’s ‘unfeminine’ to take part in close combat. Over the years, it’s been considered unfeminine to ride bicycles and horses (unless sidesaddle), play football, vote, attend university etc etc etc. Times change. Women fly fast jets and helicopters, crew artillery guns and do a whole range of other things within the military which ultimately lead to them raining death on their unfortunate opponents; I can’t really see why shooting or sticking a bayonet into an enemy is any less feminine than, for example, dropping a 500 lb bomb on him (or her, in this equal opportunity scenario).

When I first joined the army, women were there, effectively, to do the typing and cook the pasties and chips.  That’s all changed now and a good thing too: it was a hideous waste of talent and resources.  Nowadays, women are pretty much integrated throughout the army, except in the infantry and Royal Armoured Corps.  There is no particularly good reason for this restriction other than tradition and whilst many of our military traditions are valuable, this one isn’t and needs to be swept away along with our ‘traditional’ bigotries about serving with ethnic minorities and homosexuals.  If a woman is physically and mentally capable of serving in any role, then she should be able to do so if she chooses to.