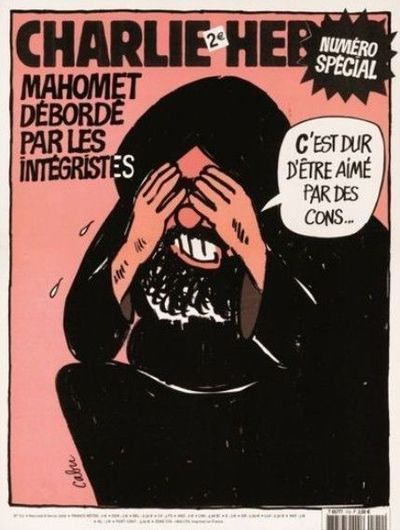 There’s a story in the Sunday Express today (you can read it here) which suggests that small teams of SAS men are working with ‘The Police’ (it doesn’t say which force or where) to provide additional security in response to the terrible events in Paris of the past week.  Oooh errr! Top insider journalism eh? Where do they get this stuff?

Well call me a cynic but if you ask me, this has been made up.  If not by the journalist, then by his source.

The great thing, for journalists, about the government’s refusal to comment on stories about the Special Forces and intelligence agencies is that nobody from the government is going to stand up and shout ‘pants on fire!’; they just don’t comment.

So here’s the nub of the exclusive:

“SAS troops are patrolling the streets of Britain to prevent a Paris-style terrorist outrage.”

“Most of the Special Forces will be wearing civilian clothes, while some have donned police uniforms to accompany police officers who visit the homes of persons of interest in response to intelligence leads by MI5.”

“The Sunday Express has learned that a 30-strong SAS team, divided into smaller groups, has been allocated to the Police Counter Intelligence Unit by the regiment’s inner sanctum, dubbed the Kremlin.”

Additionally, a ‘humint’ unit of ‘Asian and Muslim’ operatives is said to be working with the police in the West Midlands, the SBS have 120 men assigned for ‘maritime counter measures’ and the Special Reconnaissance Regiment were ‘last night’ intercepting mobile phone calls.

Really?  Let’s have a look at these claims.

Firstly, I’d bet a shiny sixpence that the SAS are not ‘patrolling the streets of Britain’ for the simple reason that it would not do any good whatsoever.  We can be sure that following the Paris murders, the police anti-terrorist command, MI5 and GCHQ are doing their absolute utmost to keep surveillance on as many known Jihadis as they possibly can.  We can be fairly sure that regional police forces have also stepped up security measures on likely and possible Jihadi targets but, as the atrocities at ‘Charlie Hebdo’ and ‘Hyper Cacher’ – not to mention the murder of Drummer Rigby –  demonstrate, the range of targets that Jihadis go for is somewhat eclectic.  So where would you set your SAS teams to patrol? A special high value target selected from a list that is likely to be quite long, or just have them mooch about a bit to see if they can spot a random Islamist up to no good?  It doesn’t seem like a good use of resources to me; you would just be splitting, and therefore diluting, a very significant resource.

I don’t know if you remember the 70s/80s TV series ‘The Professionals’ in which Martin Shaw and Lewis Collins played two operatives of the elite ‘CI5’ counter-everything organisation?  I loved this as a kid.  Quite a few episodes of it featured the characters ‘Bodie’ (Collins) and ‘Doyle’ (Shaw) patrolling around in their Ford Capri, waiting for something to happen and then piling in, guns blazing when it all kicked off, a bit like Starsky and Hutch.  It wasn’t until I was a bit older that I realised that this is a novel approach for highly-trained intelligence personnel to take.  They don’t add much value driving around suburban north-west London ogling girls in mini skirts on the off chance that a terrorist or spy ‘situation’ is suddenly going to kick off.

The second claim, that the SAS ‘will be wearing civilian clothes’ is pretty trivial.  If the SAS were to deploy covertly on Britain’s streets, they won’t be doing so in regimental No 2 Dress.  Will they be visiting ‘persons of interest’?  Again, I seriously doubt it.  Visiting suspects, some of whom are dangerous and may well get nasty, is the police’s ‘bread and butter’.  They do it every day.  The SAS don’t and, again, I can’t see them adding much value.  The kind of ‘visiting suspects’ practised by SAS teams in Northern Ireland, Iraq and Afghanistan, to name a few places, doesn’t normally feature a polite knock on the door whilst dressed as a copper.  It usually involves explosive entry, stun grenades and overwhelming firepower and it’s normally based on credible intelligence of an imminent or ongoing threat.  What’s the value in sending SAS as back-up for police when their own armed units are far more familiar with the procedures they will be using and pretty much as capable of dealing with any problems that arise? None that I can see.

The final SAS claim, that a 30 strong squad has been allocated to the ‘Police Counter Intelligence Unit’ is a bit of a giveaway.  Just for the record, ‘counter-intelligence’ is catching spies, not terrorists.  I assume that whoever came up with this story let their flight of fantasy run away with them a bit there and added in this bogus detail as colour.  It might be kinda, sorta credible to attach a team to the police ‘anti-terrorist’ command but ‘counter-intelligence’? Unlikely.

Incidentally, I know or have known quite a number of SAS people over the years, for one reason or another, and I’ve never heard one of them refer to either the Headquarters Special Forces, the Headquarters 22 SAS or any other part of the organisation as ‘the Kremlin’.  Tony Geraghty mentioned this usage in his history of the SAS published in 1980 and my guess is that it dates back to the 1960s.  These days, pretty well everyone refers to ‘the Head Shed’.

So what will the SAS actually be doing?  Common sense would suggest that they are ensuring that communications and liaison channels are working with Chief Constables who might have need to call on their services, and that reception plans are dusted off and in place for deployment anywhere across the UK.  Meanwhile, it’s no secret that an SAS Squadron, based at their barracks in the Welsh Marches, are on very short notice to move to deal with a terrorist situation if called upon.  This counter-terrorist team spends its 6-month rotation endlessly practising and refining drills to deal with a huge range of different situations which might arise.  I reckon they’ll continue to do this, for the time being.

As for the rest.  The army does have very professional humint units and it’s possible that experienced agent handlers have been drafted in to bolster the police and MI5 effort but they will be operating under civilian control if they have.  The SBS always have a squadron on standby for maritime counter-terrorism operations and the Special Reconnaissance Regiment don’t intercept mobile phones: GCHQ does that.  The SRR may well be assisting police and MI5 surveillance teams keeping watch on terrorist suspects: they’ve certainly done so in the past.

So what?  The answer is that despite the attacks in Paris, it is pretty much business as usual for the anti-terrorism community.  Clearly the threat is extremely high at the moment and I’d guess an attack of some sort is more likely than not, but I strongly doubt that the panic hinted at in the fabricated parts of the Express story is anything like what is actually happening.