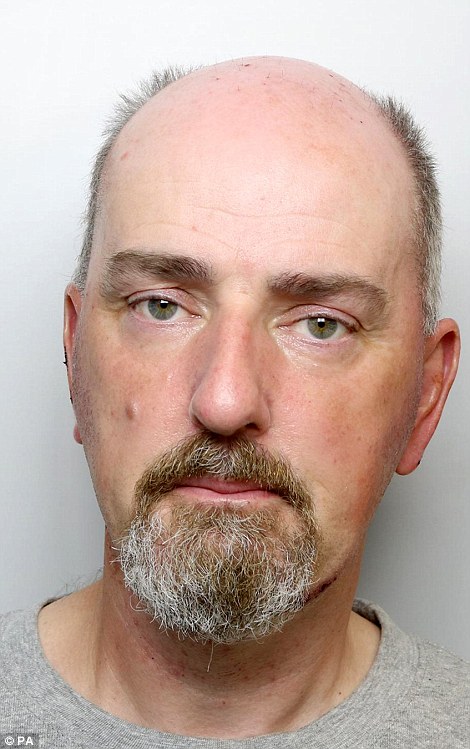 I’ve blogged about this before (here) but I’m a bit concerned by the determination of many within political and media circles to label ‘Lone Wolf’ killers, like Thomas Mair, as ‘terrorists’.

Here’s the thing: we do not know why Mair murdered Jo Cox.  We know that as he was committing his repellent crime, he shouted something like ‘Britain first!’ and we know that he had a collection of books about Nazi Germany.  We know that he had accumulated magazines produced by American white supremacist groups and that he apparently had a collection of Nazi regalia; and he seems to have been involved some years ago with a pro-Apartheid group in the UK.

But we also know that Thomas Mair has not communicated in any meaningful way with the police since he was arrested and, as far as I’m aware, nobody has yet come forward who has any special knowledge of his political views beyond what has been inferred from his reading habits.  His half-brother has been quoted saying that:  ‘He has never expressed any views about Britain, or shown any racist tendencies…  I’m mixed race and I’m his half-brother, we got on well’.  According to the Daily Mail:  “Rosemary Surman, 61, who is a friend of Mair’s mother, even remembered him saying he said there were good reasons for both staying and leaving the EU.”

In fact, the books on his bookshelf are broadly either mainstream histories or illustrated books aimed largely at collectors of Third Reich artefacts.  I don’t recognise any of them as being pro-Nazi or white supremacist*.  In fact, I wrote one of the books he had: ‘Patriot Traitors’ is a comparative biography of Sir Roger Casement and John Amery, men sentenced to death for High Treason in the First and Second World Wars respectively, which amongst other things discusses whether their sexual alienation from the then norms of British society may have led to their rejection of it.  Published by Penguin, it is hardly a pro-Nazi tract.

The neo-Nazi magazines are doubtless pretty unpleasant but they are not evidence that he was affiliated to any kind of ‘movement’ even if he agreed with their ideology.  In the absence of any context from Mair,  they strongly suggest he has white supremacist sympathies but we really don’t know for sure.  As it happens, I have quite a substantial collection of Fascist, Nazi and, indeed, Marxist literature in my library but I’m a fairly squishy liberal Tory.

We also know, and I think this is quite important, that Mair has had mental health issues.  A psychiatrist examined him whilst he was in detention before trial and effectively pronounced him ‘fit to plead’ – that is, that he understood the difference between right and wrong – but we don’t really know how much Mair engaged with the process.  He is alleged to have had Obsessive-Compulsive Disorder and, by his own account to a local newspaper before the murder, to have been treated for unspecified mental health problems at a clinic in Yorkshire.  All the descriptions of him that have emerged so far are of a deeply solitary man who did not form personal relationships easily.

So can we really say – as many are insisting – that Mair is a ‘neo-Nazi terrorist’ rather than an obsessive, cranky and unstable loner who developed a tragically murderous obsession with Jo Cox?  I’m really not sure that we can.

If we take a working definition of terrorism as ‘the committing of acts of violence with the aim of achieving a political goal’, it seems a stretch to make Mair’s murder of Jo Cox into an act of terrorism based on the actual evidence there is, rather than our suppositions.  Obviously she was a political figure who stood for many of the things that Mair probably disliked but did he actually think he would be achieving some kind of goal by killing her?  We don’t know.

According to the police,  there is some evidence, from his web-searching before the murder, that he was also contemplating killing his mother – on the grounds of ‘miscegenation’ (marrying outside her race) – and may have been intending to do so after he had killed Jo Cox.  This strikes me – and I accept that this is pure speculation – as more like the pattern of behaviour of a wannabe ‘spree killer’ like Michael Ryan or Adam Lanza, albeit one who was only able to arm himself with a clunky sawn-off .22 rifle and a reproduction fighting dagger.  It is by no means unknown for psychopathic murderers to want to shoehorn their crimes into a political narrative as a way of justifying themselves.  Anders Breivik certainly did.  Maybe Mair was  contemplating attacking other victims?  We simply don’t know.

So in the absence of evidence, I do not believe that we should try to impose our own political narrative on Mair’s crime, based simply on his reading matter.

*There is a copy of David Irving’s book about the Nuremberg Trials on his shelf.  While Irving is broadly sympathetic to Hitler, his books do not generally praise – or particularly dwell on – Nazi ideology.

One Reply to “‘Lone Wolf’ killers and terrorism”