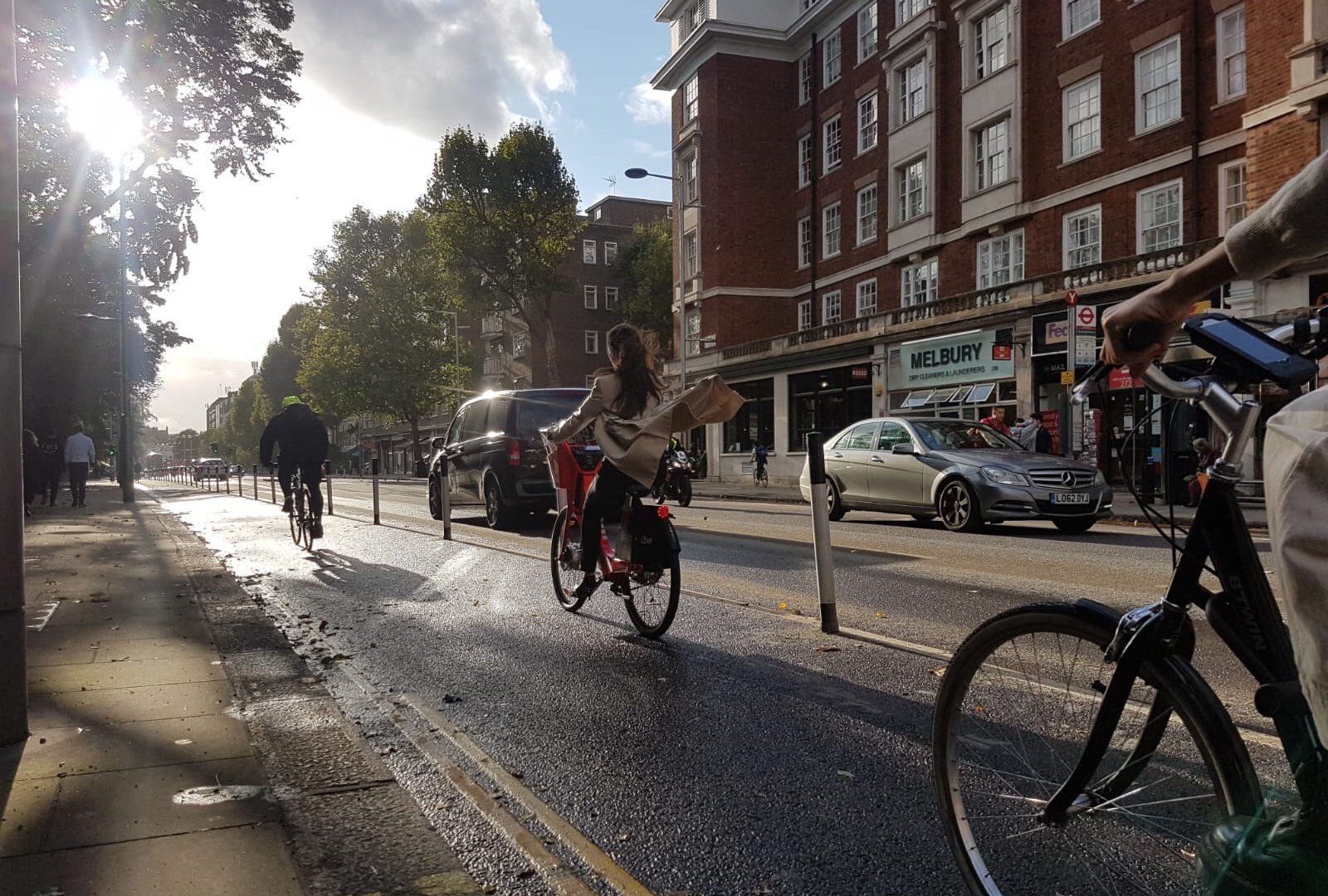 I had to cycle into Clerkenwell this morning and, apart from blowing away a few cobwebs, the ride got me thinking about the Kensington High Street cycleway and its untimely demise.

I’m a Kensington resident, a lifelong cyclist and a card-carrying Tory. These things aren’t mutually exclusive. Prior to the Covid pandemic I was commuting by bicycle to the office I work in in South East London for a daily total of a fraction under 20 miles. I like cycling: it keeps me fit and alert and it’s cheaper than the roughly £8 a day I would need to be spending on public transport to get to work.

I also think that cycle lanes are essential. There’s no doubt that we need to reduce pollution and our reliance on fossil fuels, and a good way to do that, particularly in a mega-city like London, is to get significantly more people travelling around on bicycles and other human powered transport. But to get people ‘on their bikes’ we need to make it safe for them. London can be a scary place to ride, even for a 40-odd years cycling veteran like me. In a collision between a bike and a motor vehicle 999 times out of a 1000 the cyclist is going to come off considerably worse.

The cycle ‘superhighways’ – like the one on the Thames Embankment – which have been implemented in the last few years are a massive improvement to the cycling environment and three cheers to all the local authorities which went on to create ‘pop-up’ cycle lanes – with central government encouragement – through London during the pandemic.  With traffic levels reduced and the weather good, it was noticeable how many people were taking to their bikes (and buying new ones).

But now with the virus still rampaging across the capital, making public transport an unattractive option,  and the onset of winter,  fair weather cyclists are returning to their cars.

Which brings us to the Kensington High Street cycleway.  This suddenly appeared in October when the local authority, after some consultations with interested parties, instituted cycle lanes along both sides of Kensington High Street, including fitting traffic ‘wands’ to act as a deterrent to motorists straying into the lanes.  The cycle lanes were, essentially, the old bus lanes and so buses were now forced into main traffic flow, except at the bus-stops which were shared-space with the cyclists.

OK, great but it seemed to me that this could only ever be a temporary solution. Cutting two complete lanes out of the High Street meant there was no slack for anything going wrong and, on a couple of occasions, there were severe delays caused by circumstances largely unrelated to the bike lanes: namely, roadworks and RTAs. I got stuck on the Gloucester Road for over an hour one evening returning in my car from the weekly shop at Sainsbury’s. I wasn’t pleased.  Mostly however, the traffic continued to flow.

Anyway, from the local Council’s point of view it was an experiment to see whether cycling provision could be improved and, in parallel with the lanes being put into action, there was a consultation process which involved emailing views to activetravel@rbkc.gov.org (which I did, and which I tweeted about, tagging the ‘London Cycling Dashboard’ on 28 October).  Others,  particularly the radio and TV presenter Jeremy Vine, highlighted the markedly improved safety of the new road layout.  Nevertheless as a result, I believe, of complacency by cycling campaigners and good organisation by local Residents and Business groups, the overwhelming finding of the consultation was that local people opposed the continuation of the scheme. Although less than 1500 people had taken part in the consultation process, responses were 3:1 against the cycle lanes. Consequently, at the end of November, the Council took the decision to end it.  When I cycled along part of Kensington High Street this morning, the wands had all gone and the markings had mostly been obliterated.

I can’t deny I’m angry about this but neither am I surprised.  As a cyclist, even I could see that the lanes took up too much space and would need to be part of wider rearrangement of traffic management measures if they were going to become permanent. The cycle lane along Jamaica Road in Bermondsey, on my way to work, involved a complicated rearrangement of the whole road space and took more than a year to complete.

I also wasn’t surprised by the level of local opposition. I think many of the Kensington and Chelsea residents groups, two of which I’ve been briefly a member of, are smug, self-centred, unrepresentative NIMBYs who have gained disproportionate influence through false pretences. Nevertheless, they are undeniably well organised for this kind of short, sharp campaign, conducted when their opponents are still complacently taking the kids for a quick tootle along the bike lane on a quiet Sunday. If these people actually want the power to veto council decisions, they should get themselves elected and join the council. But they don’t because they know they don’t have to if they shout loudly enough.

But I’m also annoyed by the attitude of pro-cycling groups. I follow a lot of them on social media but I don’t recall seeing much if anything from them encouraging members to take part in the consultation.  And as soon as the closure of the lanes was announced, it was ‘Tory this’ and ‘Tory that’, despite the fact that it was the Tories who had implemented the cycleway in the first place, and Tories who have made various innovative improvements to cycling in the Borough, including cycling contra-flows on quiet one way streets. The fact is that when a big majority opposes a policy in a consultation, local authorities have to take notice. That’s democracy.  Still, the Council’s communications over the closure were terrible and it continues to be the case that we Tories rarely fail to seize an opportunity to needlessly toxify our brand.

In reality, cycling provision on major routes like Kensington High Street needs to be managed London-wide. The Kensington High Street cycleway was great precisely because it wasn’t just residents of Kensington and Chelsea that benefited.  People from Fulham, Hammersmith, Chiswick, Brentford, Ealing and even further afield were able to use it on their journeys into Central London, giving them a brief respite from their daily jousts with red buses and white vans.

So, in my view a great shame and a lost opportunity.  Even so, it seems to me that having seen the benefits that a crudely implemented cycleway brought with it, it shouldn’t be beyond the wit of RBKC or TFL to design an alternative which will be less disruptive when other things go wrong. I mean, come on, what are we paying these people for?

Full disclosure: my wife is a Kensington and Chelsea Councillor. This blog does not claim to represent her views in any way at all.